Brook, which will focus on outdoor provisions including two 3G pitches, suitable for both Gaelic and Soccer with both covered and uncovered five-a-side pitches. Inside the centre, the community also welcomes their first swimming pool, a 25 Metre pool which can also be transformed into a sensory pool, the first of its kind in Northern Ireland. 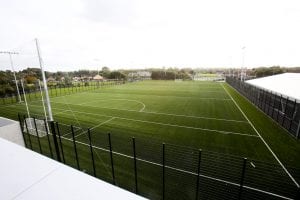 The Lord Mayor said: “I’m very excited to be opening this outstanding new centre. The new Brook will welcome sports clubs and users from all over Belfast and further afield, and the facilities will also play a vital role in improving health and wellbeing in the local community, which is a central aim of the Belfast Agenda, the city’s community plan.

“The investment in leisure services in Belfast is unrivalled. Crucially, these five-star facilities will be available at three-star prices so that they are accessible to everyone in the city. 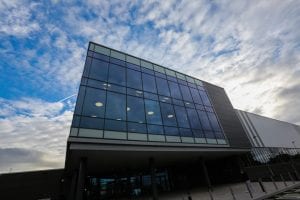 “Lisnasharragh is the second of the new centres to be completed following the opening of Olympia in January 2017. It will be the new aquatics centre for Belfast and will be pivotal in helping us achieve our target to double pool usage to 1.5 million pool visits per year by 2030 and increase participation in pool-based activities across a wide range of user groups” Said the Lord Mayor.

Gareth Kirk, GLL Regional Director, said: “Lisnasharragh transforms aquatics in the city and introduces some features that have never before been seen here. We have a new eight lane pool – the biggest in Belfast – that is equipped with timing devices for gala swimming and will also have the first Tom Daley Diving Academy.” 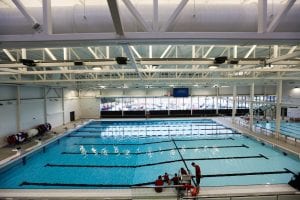 “It has been fantastic to see the public support our new centres already, with Lisnasharragh having 1,600 new members joining so far, and in its first month of operation the centre received 18,000 visits.”

We believe that the local communities who contributed to the success of these centres through their support and positive engagement will enjoy these amazing facilities for many years.”