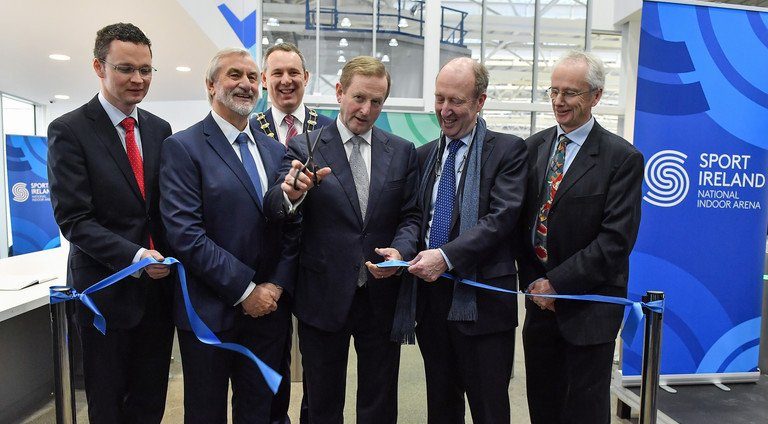 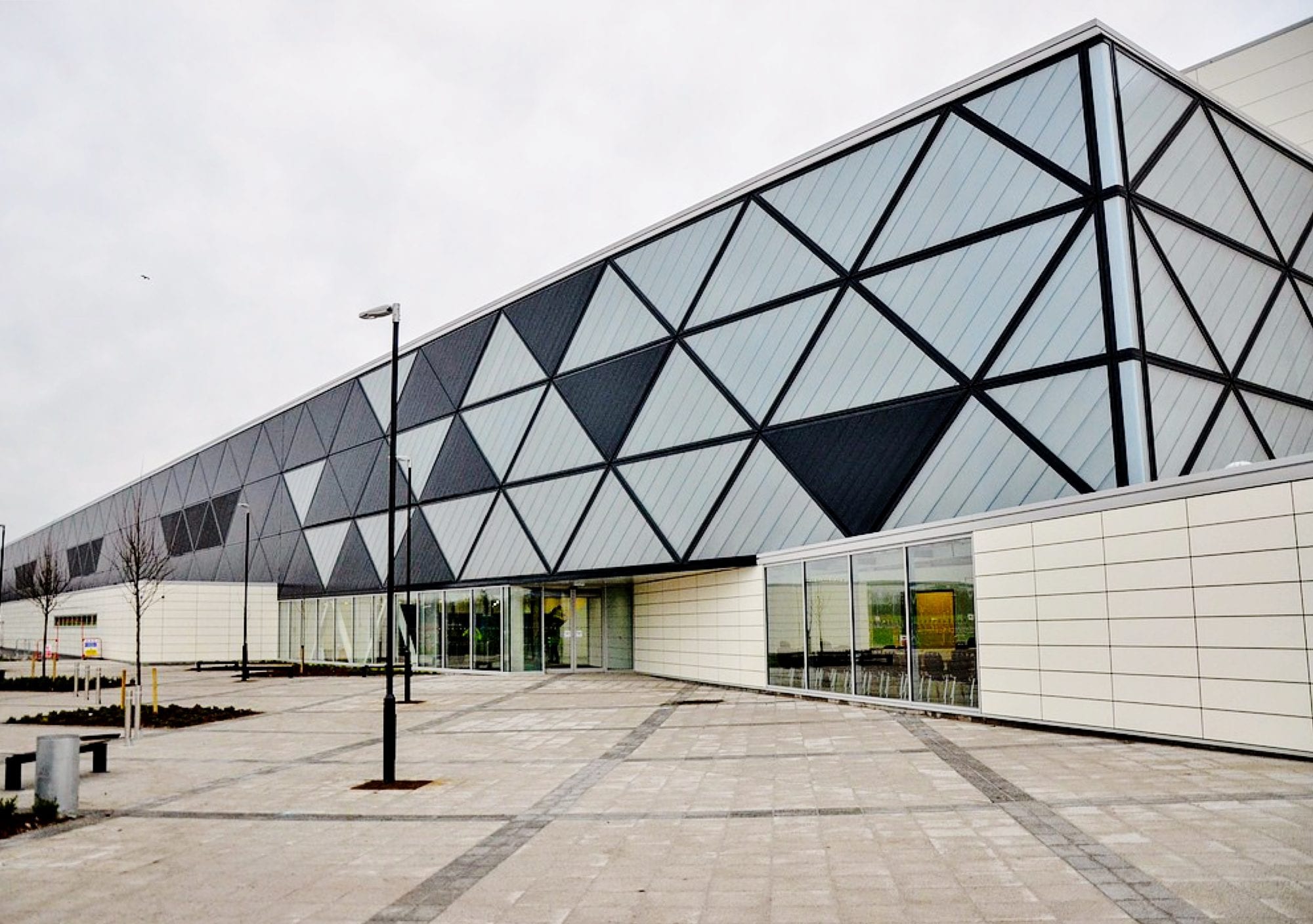 Speaking at the opening, An Taoiseach said: “I am delighted to officially open the Sport Ireland National Indoor Arena today. This most impressive facility is a very welcome addition to Ireland’s sporting infrastructure and I look forward to the many events which the Arena will host of the coming months and years. I would like to congratulate all involved with the development of this facility, and wish Sport Ireland the very best for the future.” 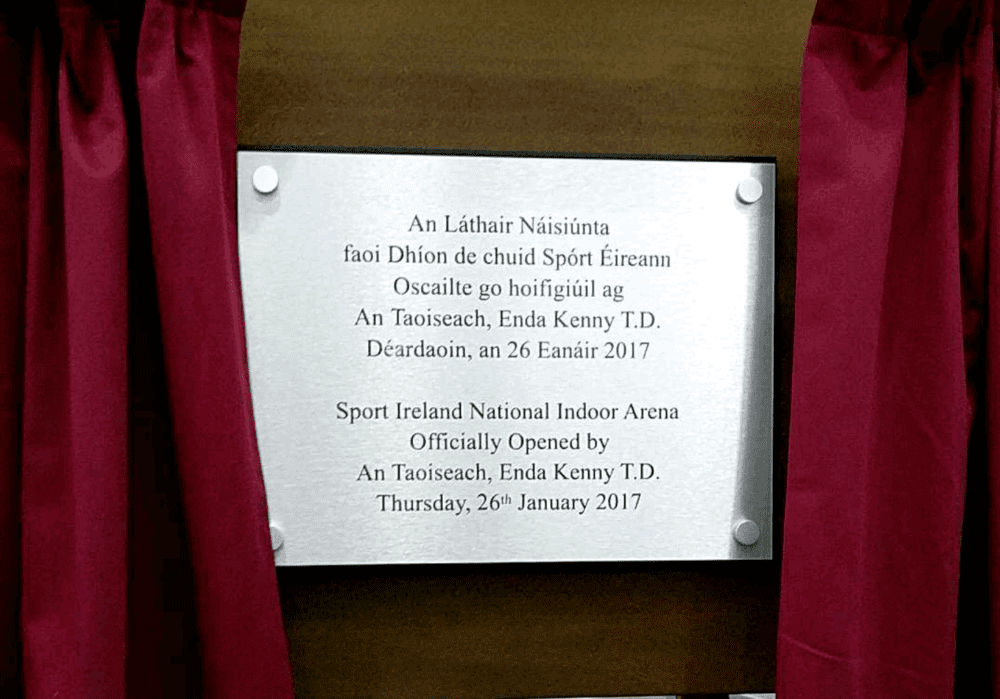 Heron Buckingham Joint Venture (HBJV) began the construction of the Sport Ireland National Indoor Arena in January 2015 and it is designed to accommodate over 20 sports which are complemented by ancillary spectator, changing, media and conference facilities.

Martin O’Kane, Director at HBJV said: “We are proud to have worked in tandem with our Joint Venture Partner, Buckingham Group, in delivering the Sport Ireland National Indoor Arena. The new flagship facility at the National Sports Campus will be a prestigious addition to the Irish sporting infrastructure. The fully accessible, multi-sport and multi-purpose arena, is the newest of its kind in Europe and expands on our impressive portfolio of sport and leisure facilities. HBJV constructed the arena to the highest world-class standards, to ensure that Ireland has the best facility for indoor sport and events. The arena will be used by Irish sporting bodies, high performance athletes and the general public. The National Indoor Arena puts Dublin and Ireland at the centre of international indoor standards and we look forward to seeing the positive contribution the facility makes to Irish Sport in the future.” 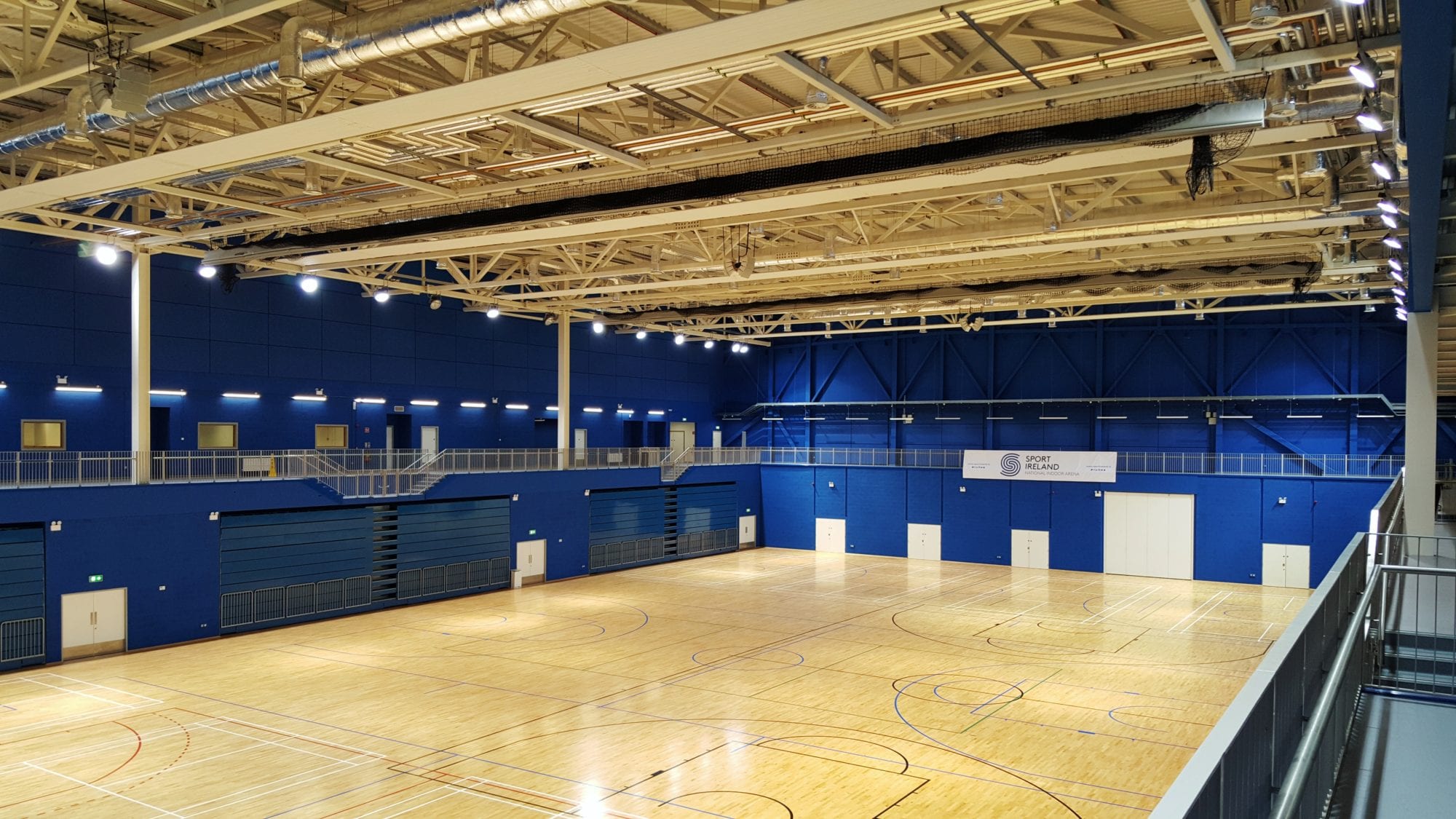 Minister for Transport, Tourism and Sport, Shane Ross TD, was in attendance at the opening, he said: “The development of the Indoor Arena with its tremendous indoor athletics track, world class Gymnastics Centre and expansive indoor training facilities fills an important gap in our national sporting infrastructure. The Sport Ireland National Sports Campus is providing access for an ever-wider range of sports and has truly grown to become the home of Irish sport. This new Arena will not only provide world class training facilities but will also present opportunities to attract major events to Ireland. I have no doubt that we will see many international events take place in this facility which, as well as enhancing our international sports reputation, will also contribute to the growth of our sports tourism industry, the fastest growing sector in tourism.” 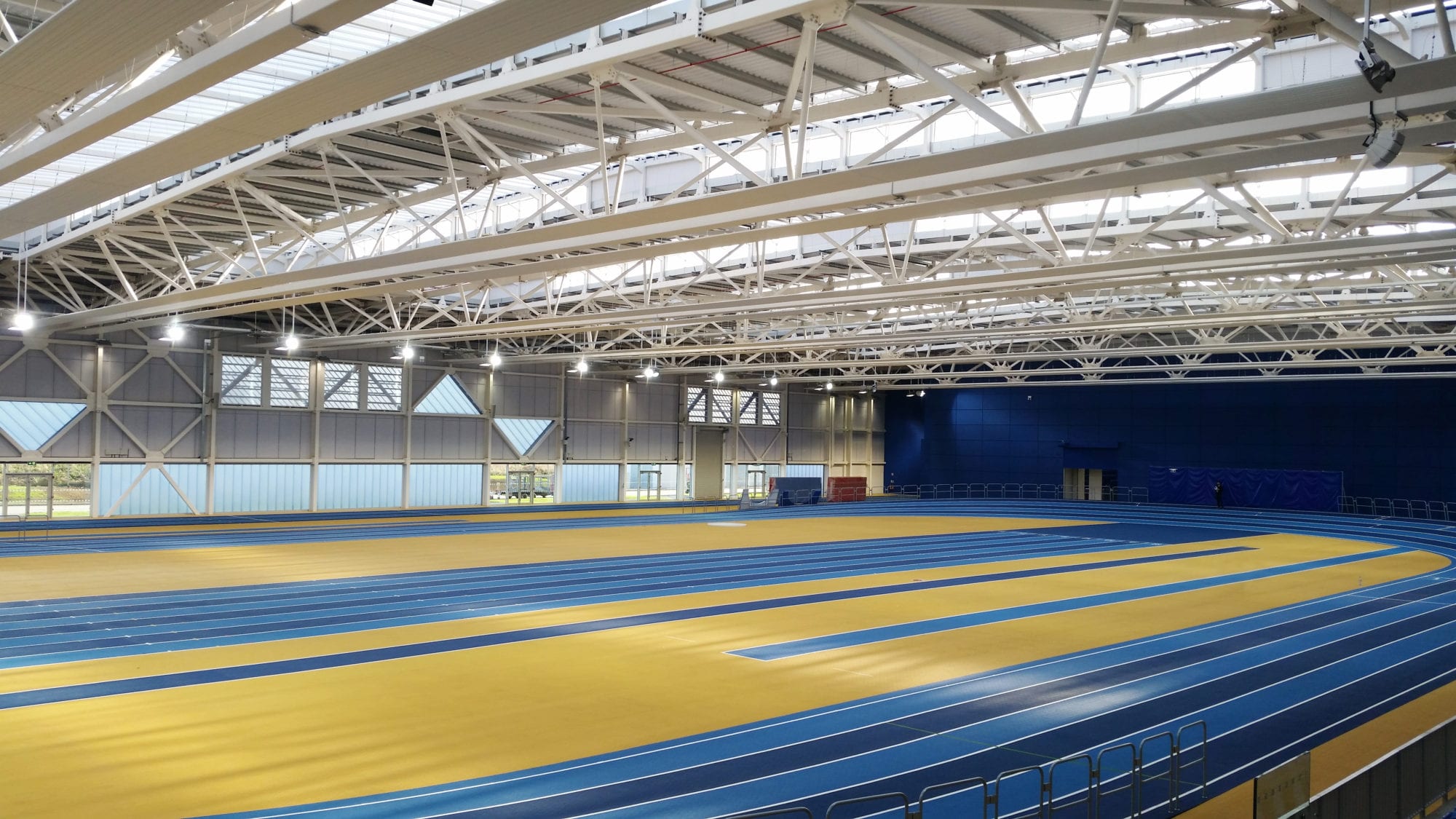 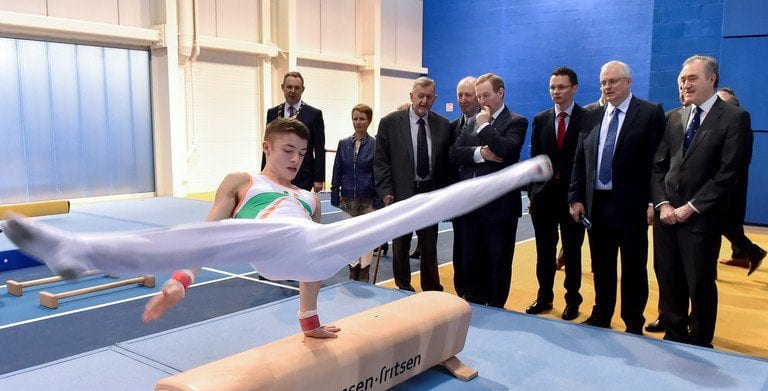 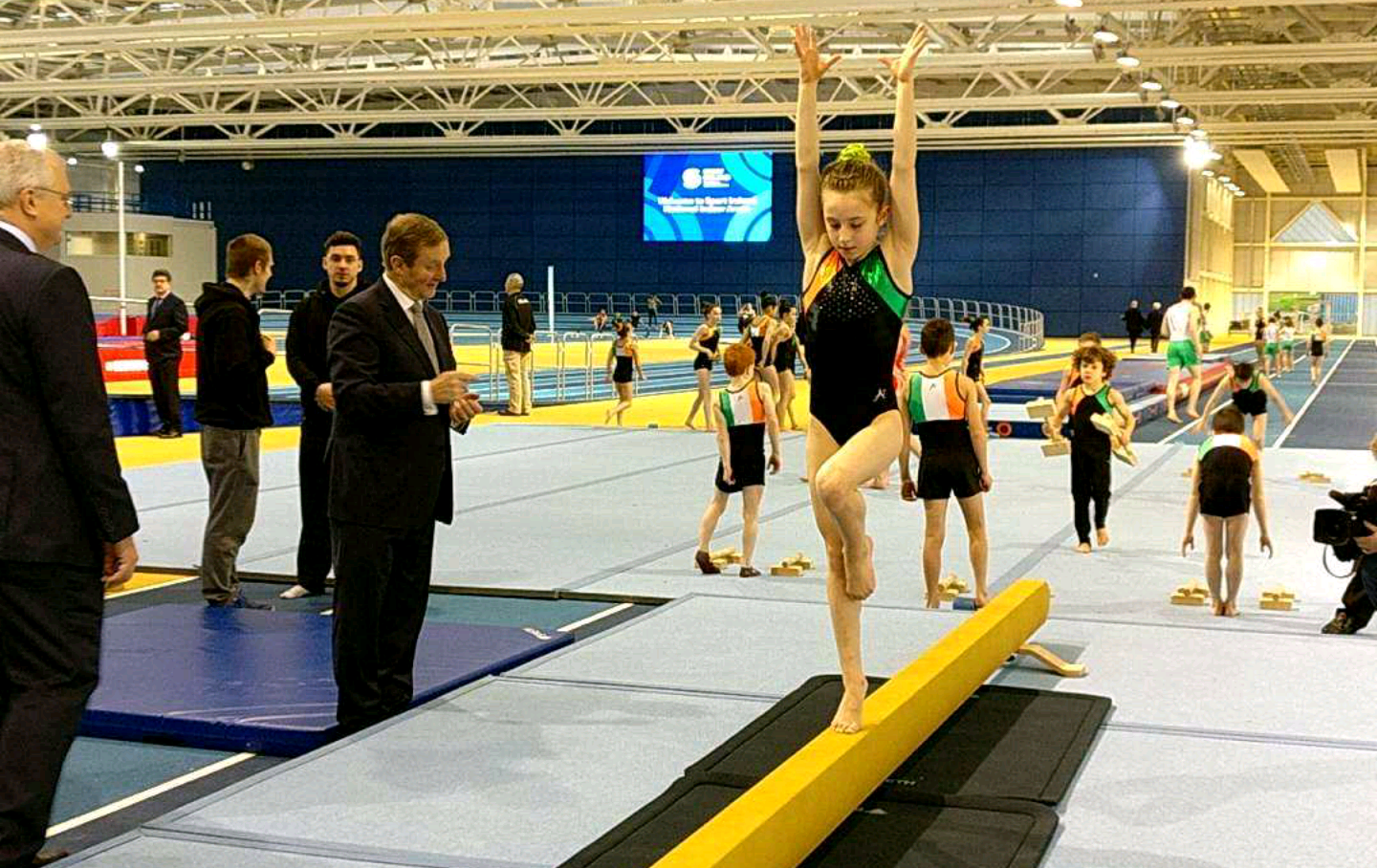 The Arena will provide undoubted benefits to athletes of all ages and abilities as highlighted by Sport Ireland Chairman, Kieran Mulvey.“Sport Ireland is delighted to have reached the stage where we are opening the new Sport Ireland National Indoor Arena. The Arena will have an impact on athletes of all levels with the facilities catering for the Sport Ireland National Sports Campus participation programmes right through to our top athletes. I am delighted that the Campus has already secured bookings for a number of high profile events and I look forward to seeing many people come through the doors in the future.”

Sport Ireland Chief Executive, John Treacy, is looking forward to the opportunities that the new venue will open for Ireland’s National Governing Bodies for Sport: “With the Sport Ireland National Sports Arena being designed for over 20 sports it is a welcome boost for our National Governing Bodies for not only top level competition, but also their grassroots base. The impact of the arena will stretch beyond sport, with the Arena capable of hosting major conferences and concerts. Sport Ireland is very much looking forward to the exciting period ahead.” 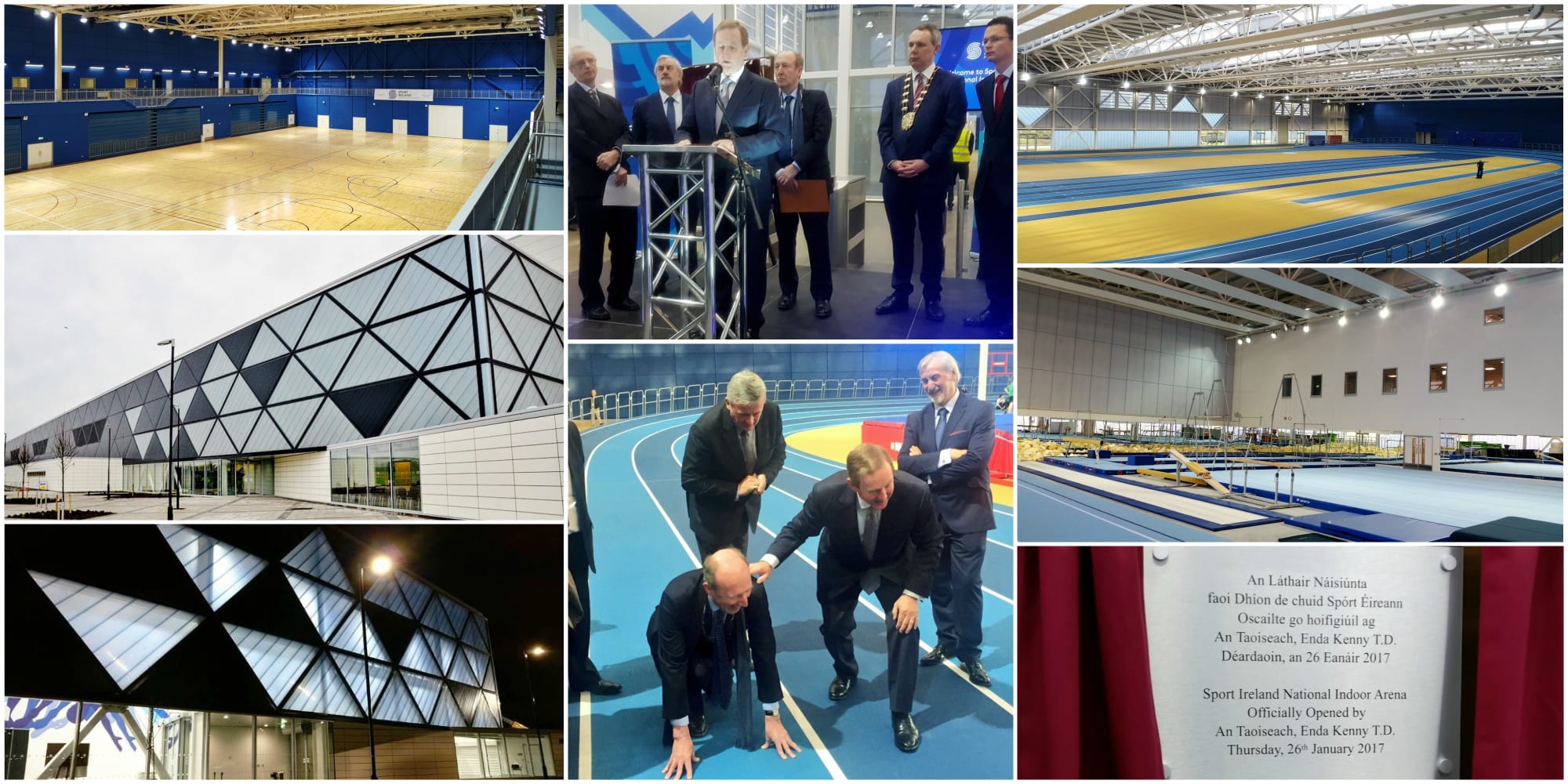