A ceremony blessing symbolic stones has taken place at the Heron Bros site where a new Jewish and Catholic school is being built.

Heron Bros Ltd has begun work on site at the £18.2 million Faith School Joint Campus in Newton Mearns, East Renfrewshire. The campus will serve as a replacement for the existing Jewish school Calderwood Lodge and an additional primary for the Catholic community. 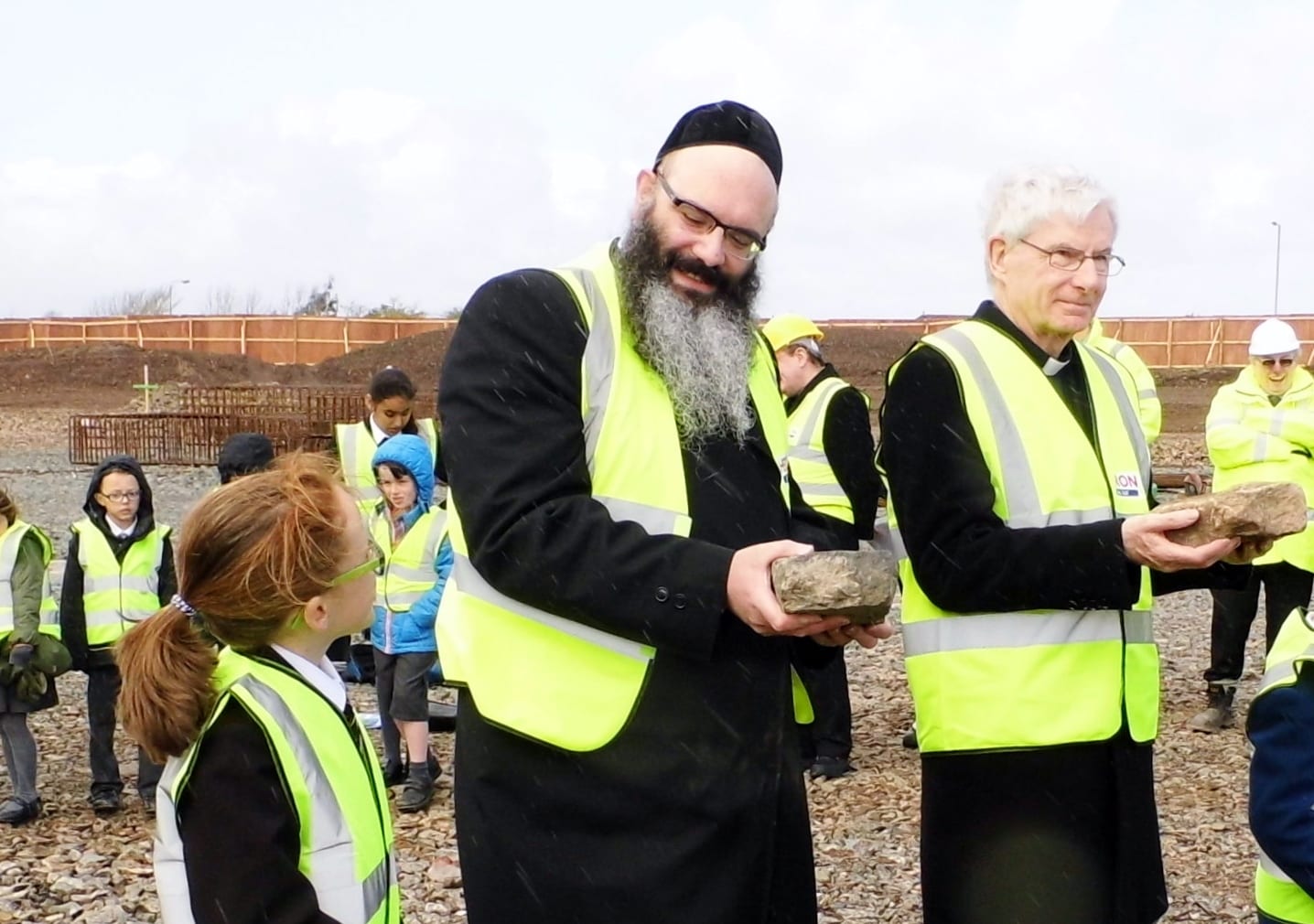 Representatives from the Jewish and Catholic communities delivered the joint blessing. Rabbi Rubin, Rabbi of Giffnock Synagogue and Calderwood Lodge Chaplain, offered a traditional Jewish prayer for significant new builds before laying a stone for the new Calderwood Lodge. Monsignor Monaghan, St Cadoc’s parish priest, addressed the gathering before blessing a second stone representing the Catholic faith. Pupils and teachers from the two schools also took part in the ceremony.

Paul Morron, president of the Glasgow Jewish Representative Council, said: “The bringing together of new Jewish and Catholic primary schools on a single campus is a momentous initiative.

“It delivers a powerful message to the wider community that two different faiths can work in close co-operation. It’s an exciting venture that East Renfrewshire can be rightly proud of.” 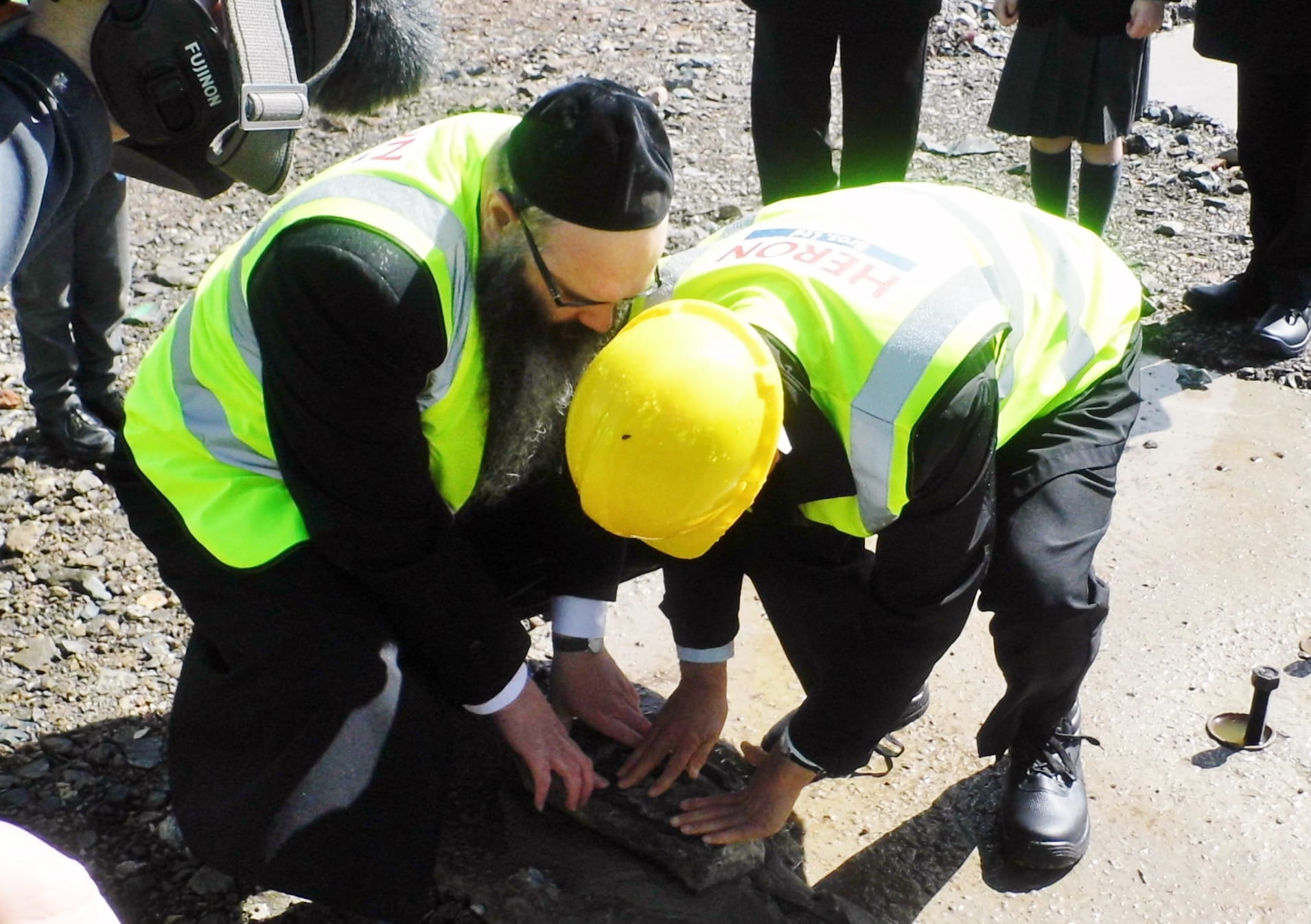 Father Thomas Boyle, Catholic Education representative for East Renfrewshire, said: “After nearly two years of planning and discussion between the authority and the two communities, it’s wonderful to see Rabbi Rubin and Monsignor Monaghan pray for God’s blessing as the construction begins.

“May their blessings continue to be on both schools for the future.”

Mhairi Shaw, the council’s director of education, added: “Today’s ceremony represents a significant milestone in the delivery of this exciting and innovative initiative.

“The joint faith campus is an excellent example of our creative and sector-leading approach to providing high-quality education services and facilities shaped by the views of our residents and community partners.” 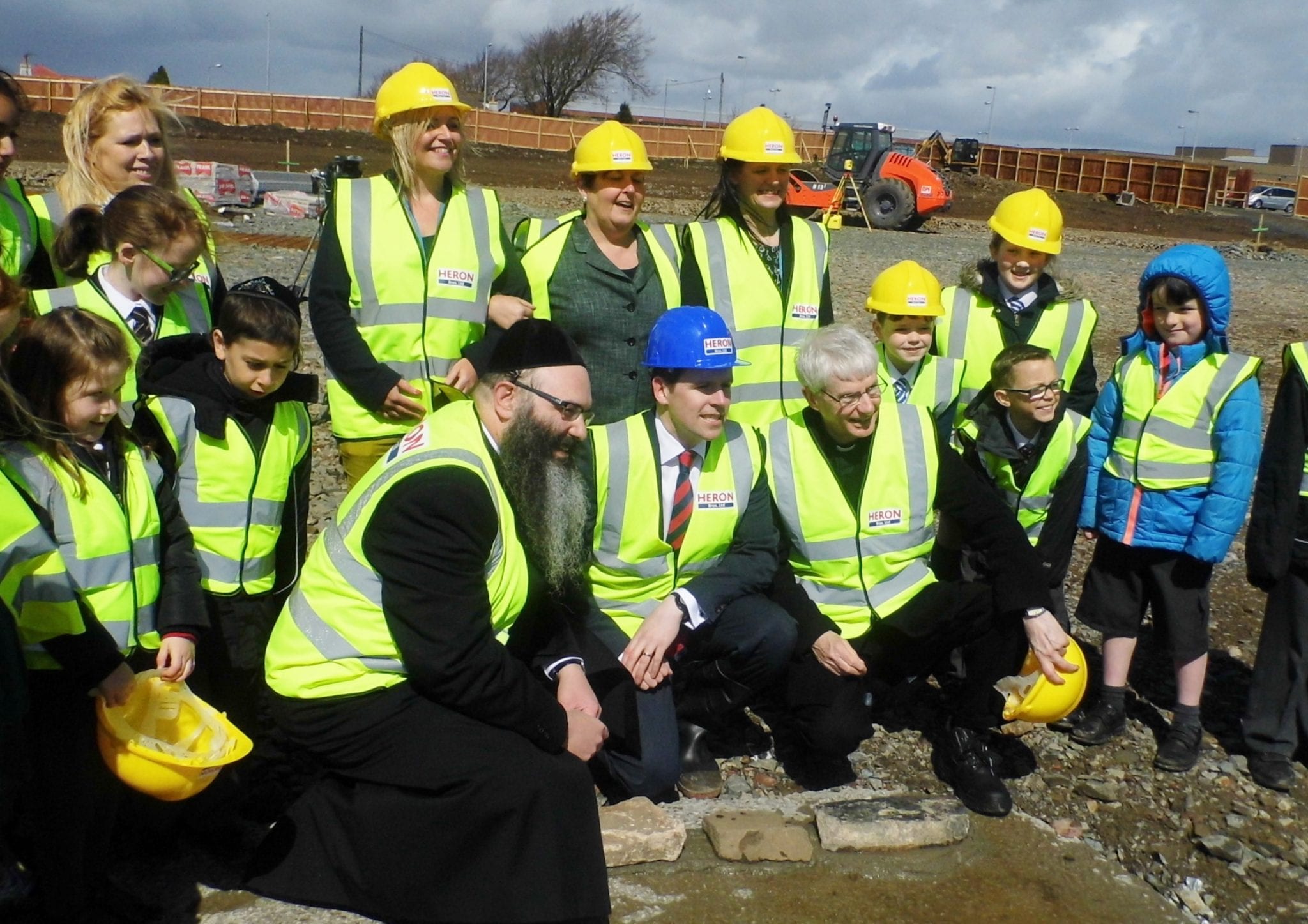 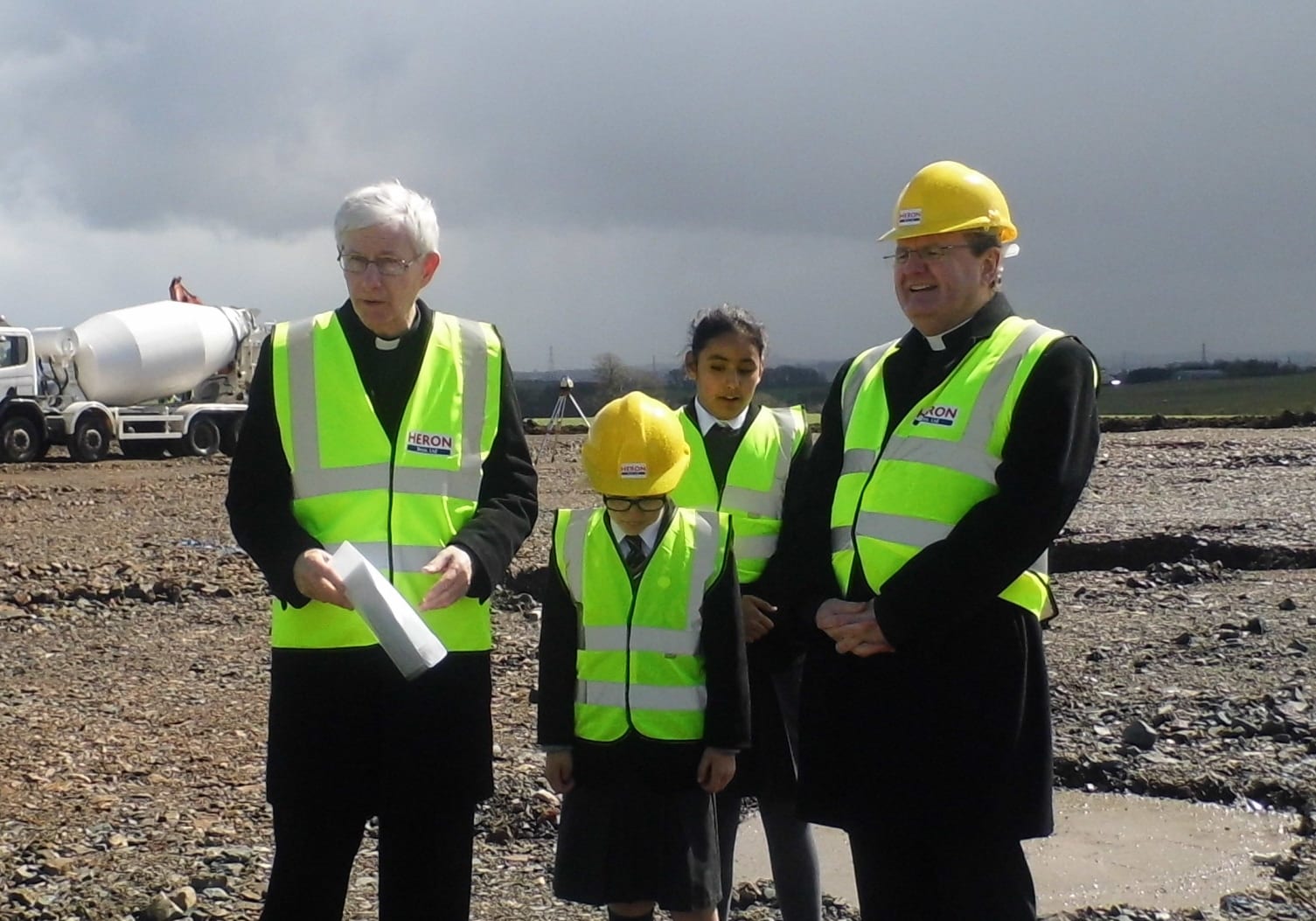 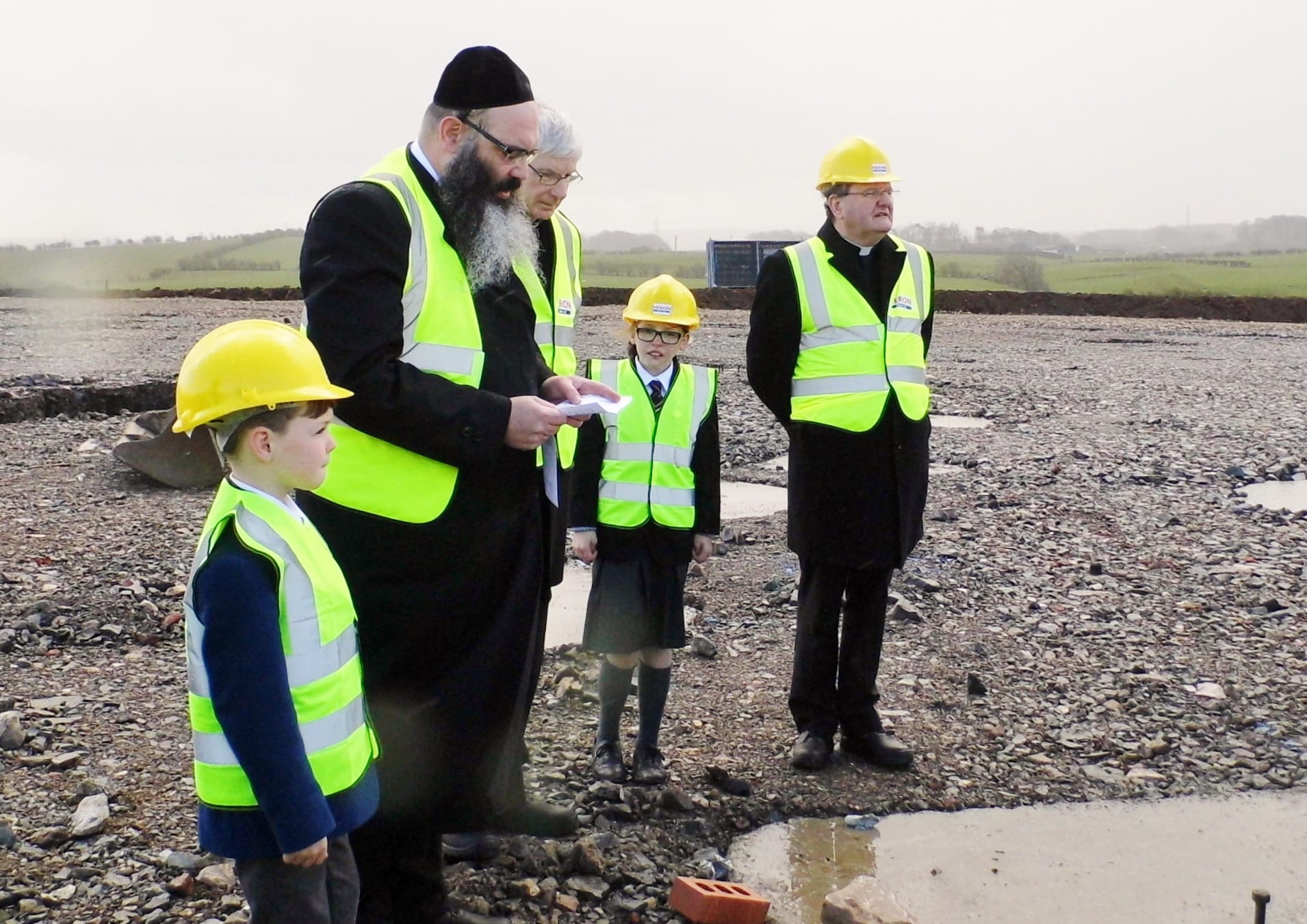 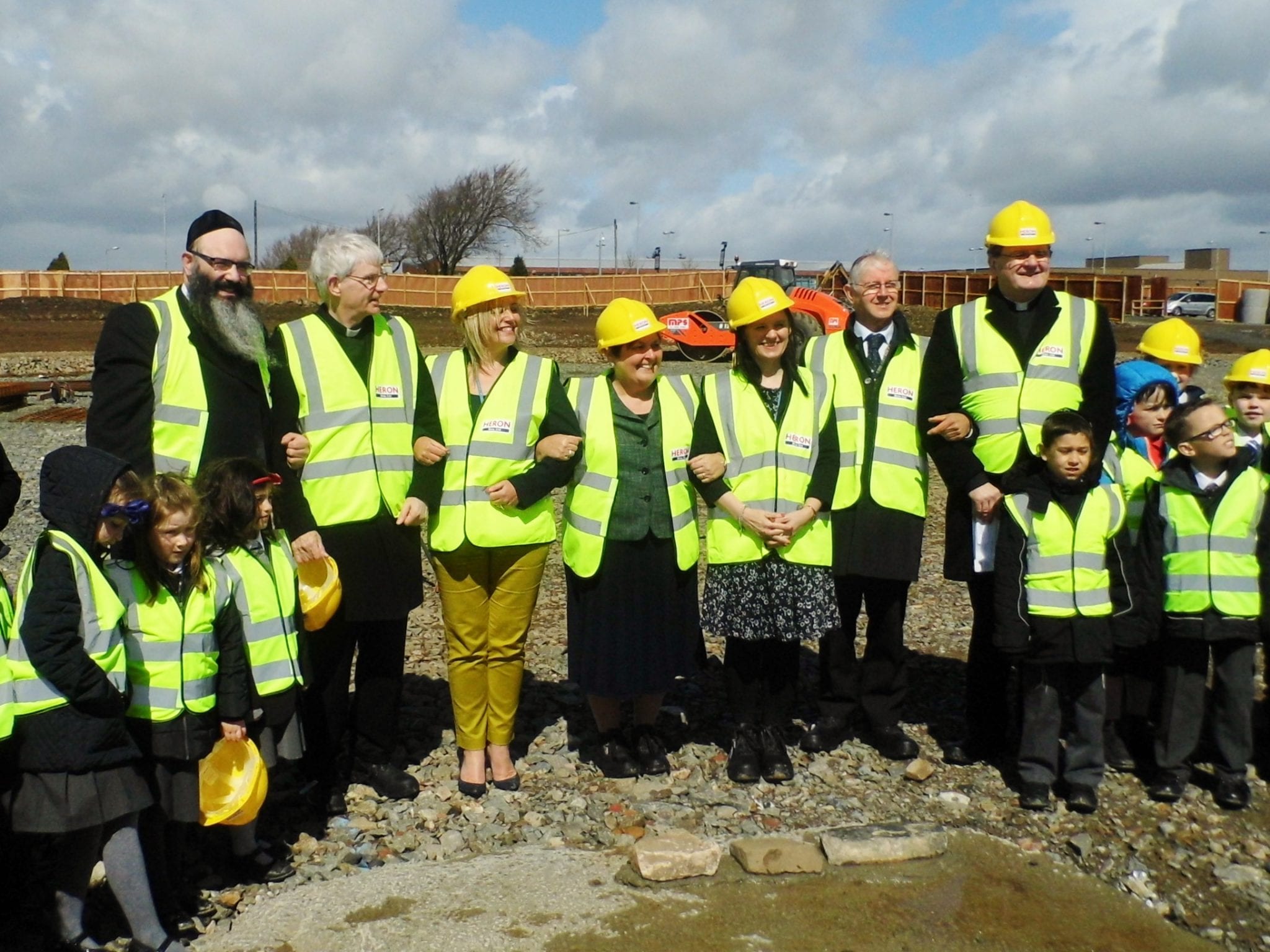