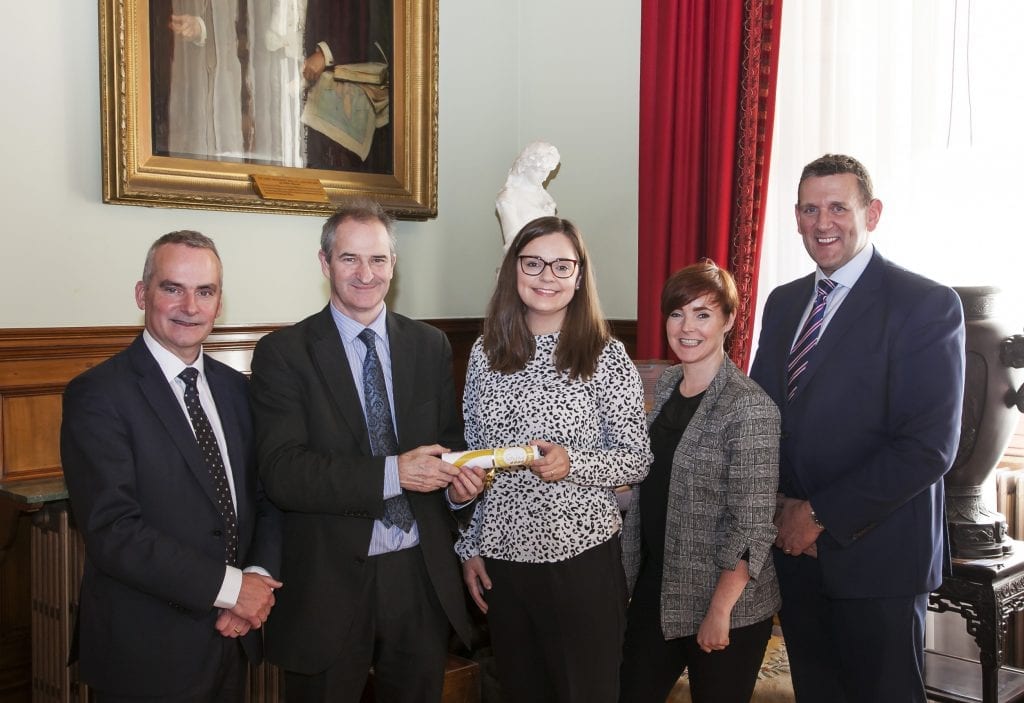 The Survey recognises and rewards those organisations that are going above and beyond their legal requirements to minimise their environmental impacts and better manage their resources.

Ninety organisations took part in the Survey, achieving an average score of 77%. The Survey also welcomed an impressive 18 ‘newcomers’ (participants that did not take part in the previous year’s Survey), the majority of which were introduced to the Survey by another participant.

Martin O’Kane, Deputy Group Managing Director at Heron Bros commented on the award: “We are delighted to achieve gold status in the 2017 Environmental Benchmarking Survey.  Heron Bros remains committed to protecting the natural environment across all of our operations and continue to invest in improving our construction site processes.”

David Small, Chief Executive, Northern Ireland Environment Agency said: “It’s encouraging to see so many organisations demonstrating their commitment to improving environmental performance. The Survey is a powerful driver of this, and the Department of Agriculture, Environment and Rural Affairs is delighted to support this initiative.

“The results clearly show that consistency is key, with repeat participants achieving year-on-year improvements in their scores. I’d like to congratulate all of this year’s participants. By taking part in this survey, you are publicly committing to improving environmental performance within your own organisation, and helping the wider business community to identify further opportunities for improved efficiencies.”

Chair of Business in the Community’s Environment Leadership Team and Chief Executive of Translink, Chris Conway, said: “The Survey, which is now in its 19th year, remains an important and respected instrument for both driving and celebrating the responsible environmental management activities of a wide range of private and public sector organisations in Northern Ireland.

“Taking part in the Survey demonstrates real commitment to transparency and performance on environmental issues. This year, we welcomed 18 ‘newcomers’ to the Survey process; half of those achieved Silver, but many scored in the lower bands. These organisations may be in the early stages of their environmental journey, and we look forward to seeing their scores increase in the future.

“Indeed, the results show that scores of those who repeatedly take part in the Survey consistently improve over time, which is very good news. I would like to congratulate all of this year’s participating organisations. I hope that the Survey results will inspire others and continue to drive environmental improvement in Northern Ireland.”