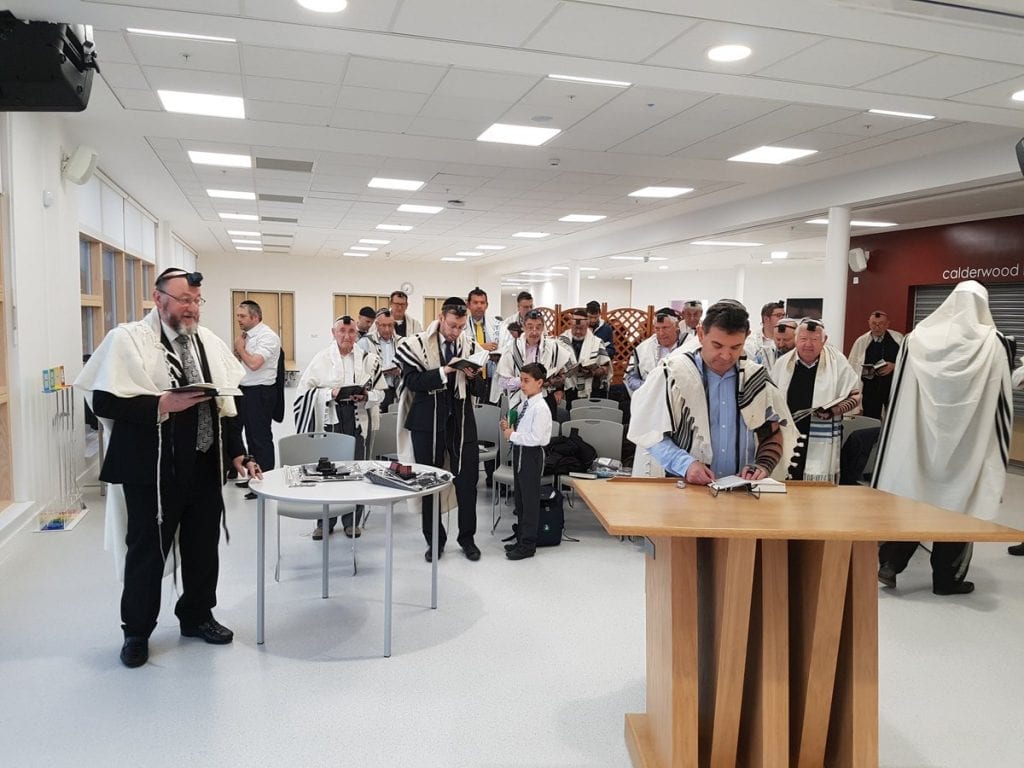 The event at the Newton Mearns school, which brings together the Catholic and Jewish faiths, was attended by religious leaders, councillors, staff, pupils and Heron Bros who were main contractors of the build.

Home to St Clare’s Primary and Calderwood Lodge, as well a non-denominational nursery class, the joint campus – thought to be the first of its kind in the world – first opened its doors in August.

Bishop John Keenan, of the Diocese of Paisley, and Britain’s Chief Orthodox Rabbi, Ephraim Mirvis, joined the East Renfrewshire politicians for the grand opening ceremony on Wednesday 8th November. Musicians from the two schools then delivered a performance of their own for their guests.

Martin O’Kane, Deputy Group Managing Director at Heron Bros said: “Heron Bros is extremely proud to have delivered Faith Schools’ Joint Campus in Newton Mearns. The project once again places Heron Bros at the forefront of providing innovative, high quality education services in Scotland. We were delighted to attend the official opening of the campus and would like to wish the staff and pupils every success for the future.” 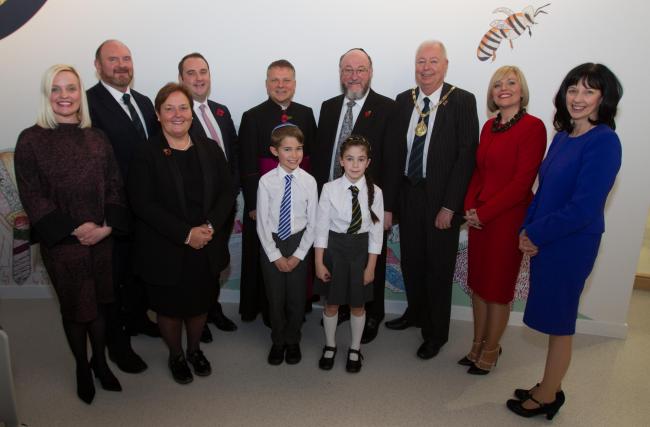 East Renfrewshire Council’s convener of education and equalities, councillor Paul O’Kane, officially declared the school open with the unveiling of a commemorative plaque.

He said: “It was a huge honour to be part of the official opening ceremony at this state-of-the-art campus which will support fabulous learning experiences for all of its pupils. We are privileged to have two excellent headteachers driving Calderwood Lodge and St Clare’s forward and, as they settle into their new surroundings, this leadership will help foster a wealth of shared experiences which will benefit all.

“It is fantastic that these two schools share their own strong and distinct faiths, but this is coupled with shared values which embrace diversity and reflect the multi-cultural world in which we live. I look forward to seeing the campus develop over the coming years.” 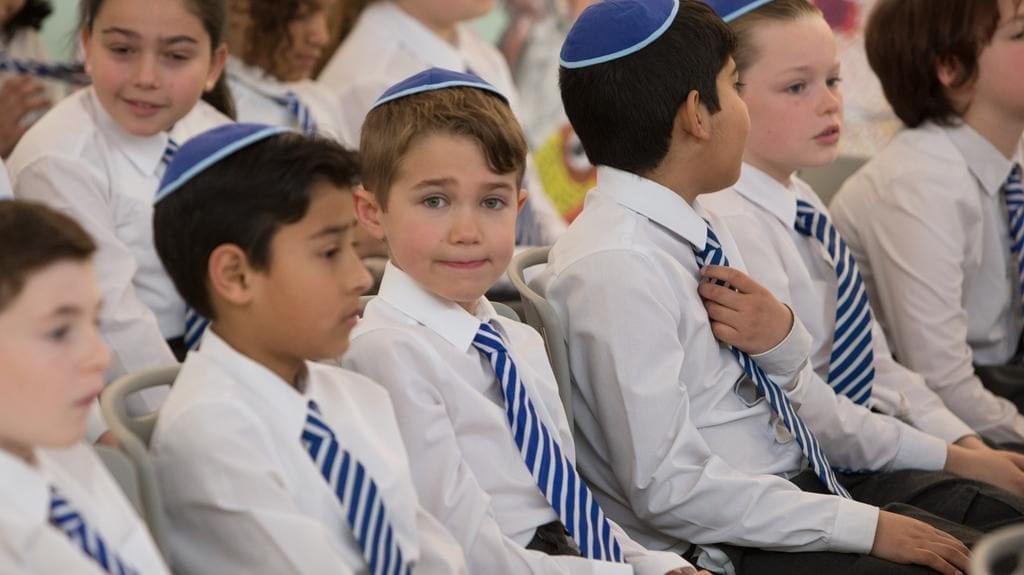 Heron Bros delivered the innovative joint campus for East Renfrewshire Council to provide a required increased provision of Catholic education in the region. The move also saw Calderwood Lodge relocate from its previous base in Newlands, Glasgow.

Mhairi Shaw, Director of Education at East Renfrewshire Council, said: “Throughout this innovative project we worked closely with local faith leaders to ensure all religious needs were met when designing and developing the facility. Children, staff and parents were heavily involved in shaping the design. We are delighted with the end result, which has not only provided two school communities with state-of-the-art learning facilities, but will also bring these two faiths together and enrich the learning of our pupils through their shared experiences.” 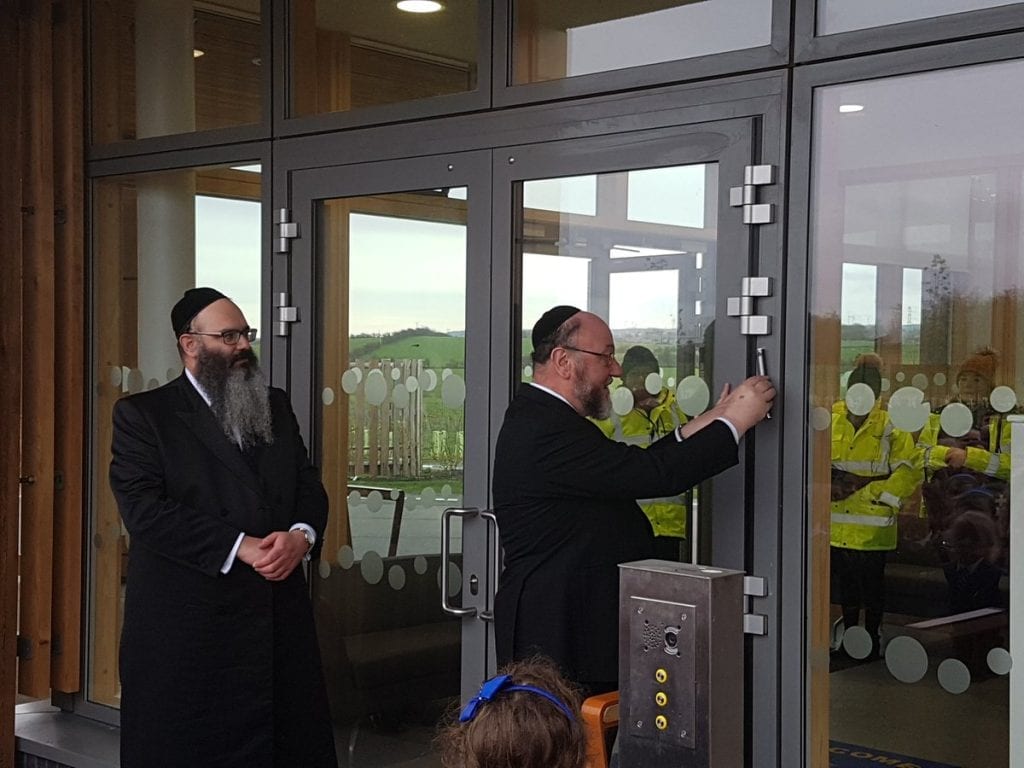